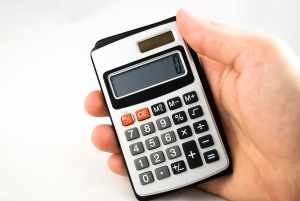 On the advent of the year 2009, we were full of apprehension and bad feelings, or in the best case scenario, full of uncertainty about what it can bring. However, in my public statements in the turn-of-the-year period, I tried to emphasize the importance of fundamental factors which should allow for a moderate optimism. Let me remind you these thoughts:

?After the first shock subsides, we should return to more sober assessment of the situation :
? Residential units are probably overvalued to some degree, however they still have their value in use.
? The relative surplus of demand is located in good or acceptable locations in cities with highest residential needs
? Poland does not have one million of ready units which cannot find buyers
? The scale of ?living on debt? in Poland was lower than in other countries, and the consumption is to a large extent connected with real needs of the society?

However, the year 2009 definitely brought about a major crisis in the residential market. The situation in the residential market was influenced primarily by the following factors:
? decrease of the scale of mortgage financing for individual buyers by approximately 40% (the final outcome can be slightly more positive, since the results from Q4 2009 may turn out to be similar to the ones noted in analogous quarter of the previous year),
? sales breakdown in Q1 2009 (decrease by ca. 70% as compared to Q1 2007), and subsequent improvement in Q2 followed by stabilization in the next period,
? unprecedented limiting of new investment projects in certain markets, reaching e.g. 70% in the Warsaw market, as compared to the previous year (within the scale of three first quarters of the year).

No line of business can painlessly survive a long-term decrease in sales and most developer companies are struggling with liquidity problems. Even though developers achieved considerable profits in the boom period, we should bear in mind that the crisis surprised a big group of new enterprises in the market who were implementing their first of second investment project and had not managed to accumulate capital yet. Moreover, some of the companies active in the market for a long time had frozen their capital in investment grounds, some of which were bought while land prices reached their peak.

Nevertheless ? compared to some analysts? forecasts and fears ? the crisis took a relatively mild form. We did not witness a wave of bankruptcies ? on the contrary, it seems that for most companies, the worst period is already over. It can definitely be attributed to the calm reaction of banks who renegotiated difficult loans and avoided driving their clients to bankruptcy. In the case of most investment projects, reducing the prices by a dozen or so percent allowed to achieve a considerable level of sales. Since most investments featured a diverse structure of residential units, following the price reductions, the sales of small and medium sized dwellings increased, especially since in the second part of the year the number of granted mortgage loans started to grow. Selling large and expensive dwellings remains difficult. The developers who offer investments where such units prevail are still having problems with sales.

Generally speaking, the crisis forced Polish buyers to reassess their possibilities and aspirations. It caused us to realize that the model where every family can afford its own dwelling for a mortgage loan was an illusion. Some part of the Polish society will never be able to afford it, which means that someone else will have to pay for building dwellings for them and subsidize them every month.

The crisis made us rethink the size and quality of dwellings we actually need ? and can afford. Once again small, one- and two-bedroom units with a functional spatial layout are most popular. A graduate buying a penthouse for his family of three is no longer a client that developer companies direct their offer to, but an exception.

In the boom period, the primary residential market in Poland reached the level of circa 80,000 transactions of residential units and houses sales. Considering this large scale, its future does not depend on more or less adequate decisions of the market participants, but on larger factors beyond its control: the condition of the Polish economy and the resulting situation on the job market and income level of the society, but most of all ? on real possibilities of crediting this business sector and the readiness of the potential buyers to incur debt. If these matters are not supported by both government policies and global economic trend, then the primary residential market, which shrunk to the level of circa 45,000 – 50,000 transactions in 2009, will remain on a similar or slightly higher level in 2010.

As for the next year, we do not see any serious cause for alarm. The offer volume ? i.e. the number of residential units available for sale ? remains stable, while in some cities it is significantly lower as compared to the level noted last year. It is only slightly higher from the long-term yearly residential construction output in six largest Polish agglomerations.

However, it is the year when a record number of investment projects ? and residential units ? will be completed. In the coming months, the share of completed and unsold units will probably reach the highest level noted in the current recession. It is hard to expect that in this situation the prices in newly launched investment projects will be higher from the prices of units already completed or almost ready for occupation. On the contrary ? investments introduced to the market will probably offer lower prices. This will result in a stabilization or even a slight decrease of prices in the first six months of the year 2010.

A significant increase of prices can be expected only when the offer volume starts to diminish considerably while the situation of the economy and in the job market improves. Today, it is hard to accurately predict when this moment comes, however it will probably occur at the end of the next year.

The overall result of the current crisis will be negative ? as always is the case when the market shrinks in a dramatic and unexpected way. A mild but stable increase would definitely be a more advantageous solution. However, the current crisis serves as a reminder that the cycles in the residential market are stronger even from most developed economies.

Kazimierz Kirejczyk
President of the Board